This is a fun project that started 3 and a half years ago when I took a walk in the nearby forest and found 2 big weigelias that were disposed there. It was in the middle of summer and they were dry with the roots exposed and in bad condition. Also the stems of the stumps were full of a  fungus that grows on dead wook. I decided fast that I have to give them a chance and got the biggest bag I could find and carried them home seperately and immediately potted them up. One of them was put in the ground one year later while the other one stayed in his pot, one time repotted so far, which is this one.

While repotting, I removed big parts of dead roots and stumps from the base of the tree that will allow me to reduce the size of the next pot significantly. So far the branches were allowed to grow freely during the growing seasons and were cut back in spring each year. The long stumps were reduced but I will create a really compact, clump style tree using the branch structure that has started to develop. So it will be quite a task to work on reducing the stumps and getting rid of the rotten wood at the base of the tree but I feel that it can have a bright future. 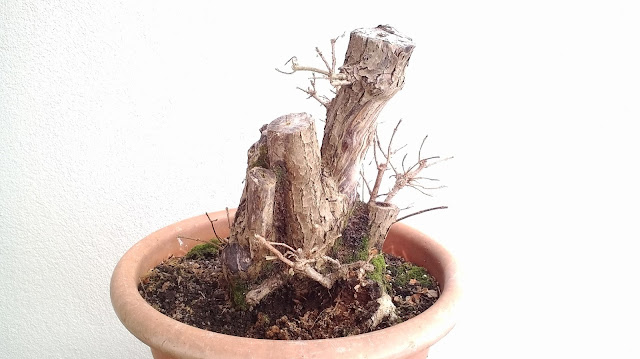 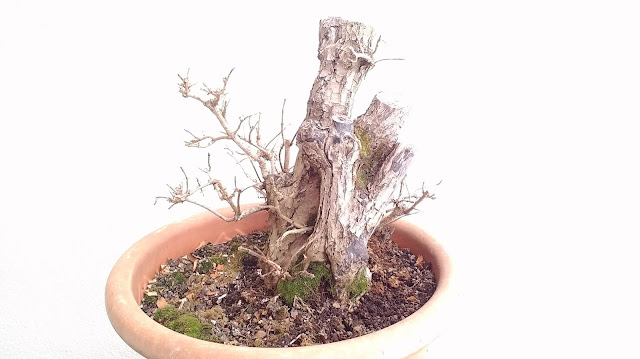