In the late spring of 2013 this neglected Cotoneaster horizontalis was taken from a graveyard. Because it had been growing there for decades, it could only be dugged out with a massive loss of roots.

However, as Cotoneaster is known to be quite robust, it recovered well; large dead parts were removed last year.

This spring it will be transplanted to its training pot and the long, straight stems reduced significantly. Updates will follow... 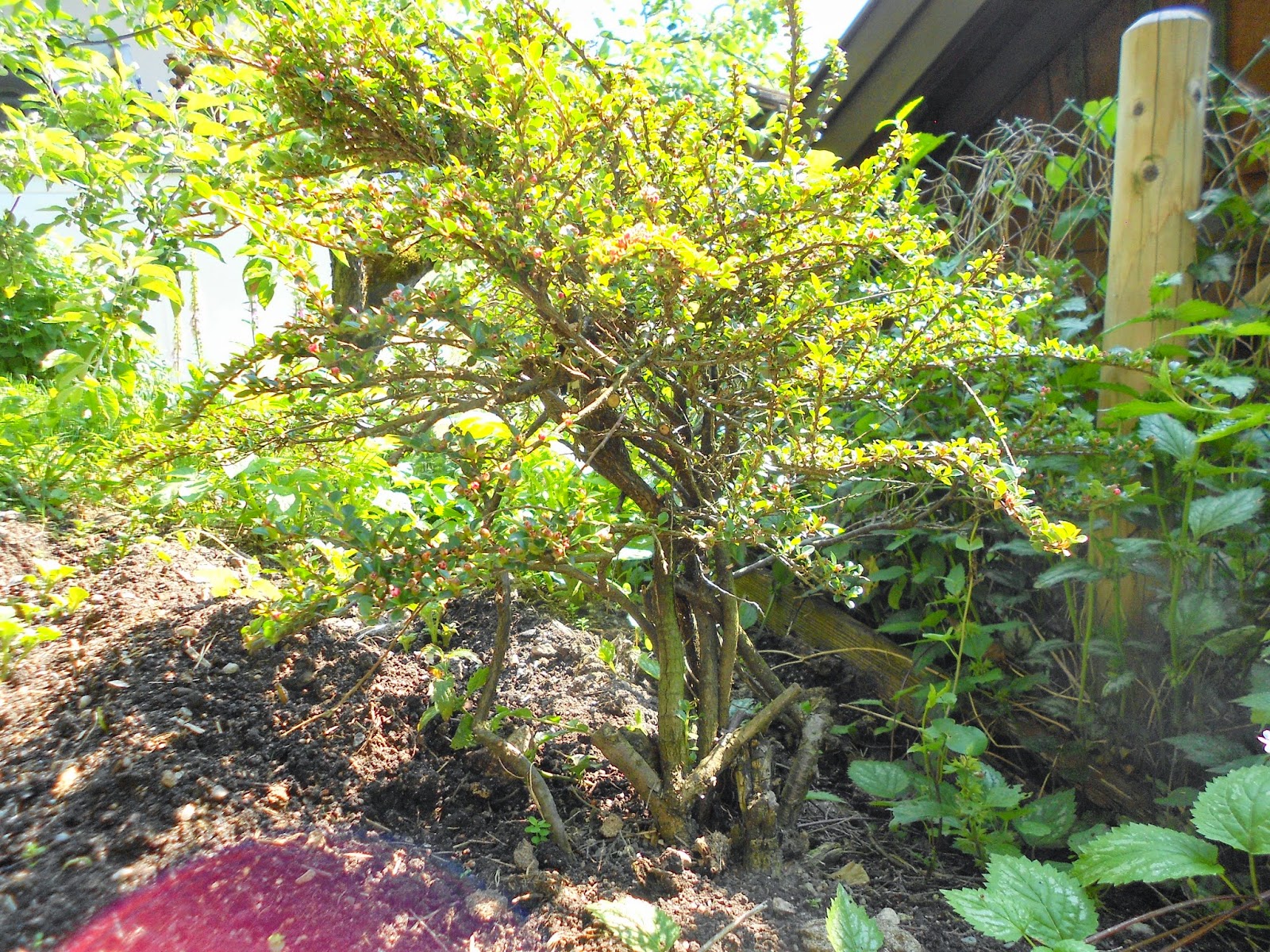 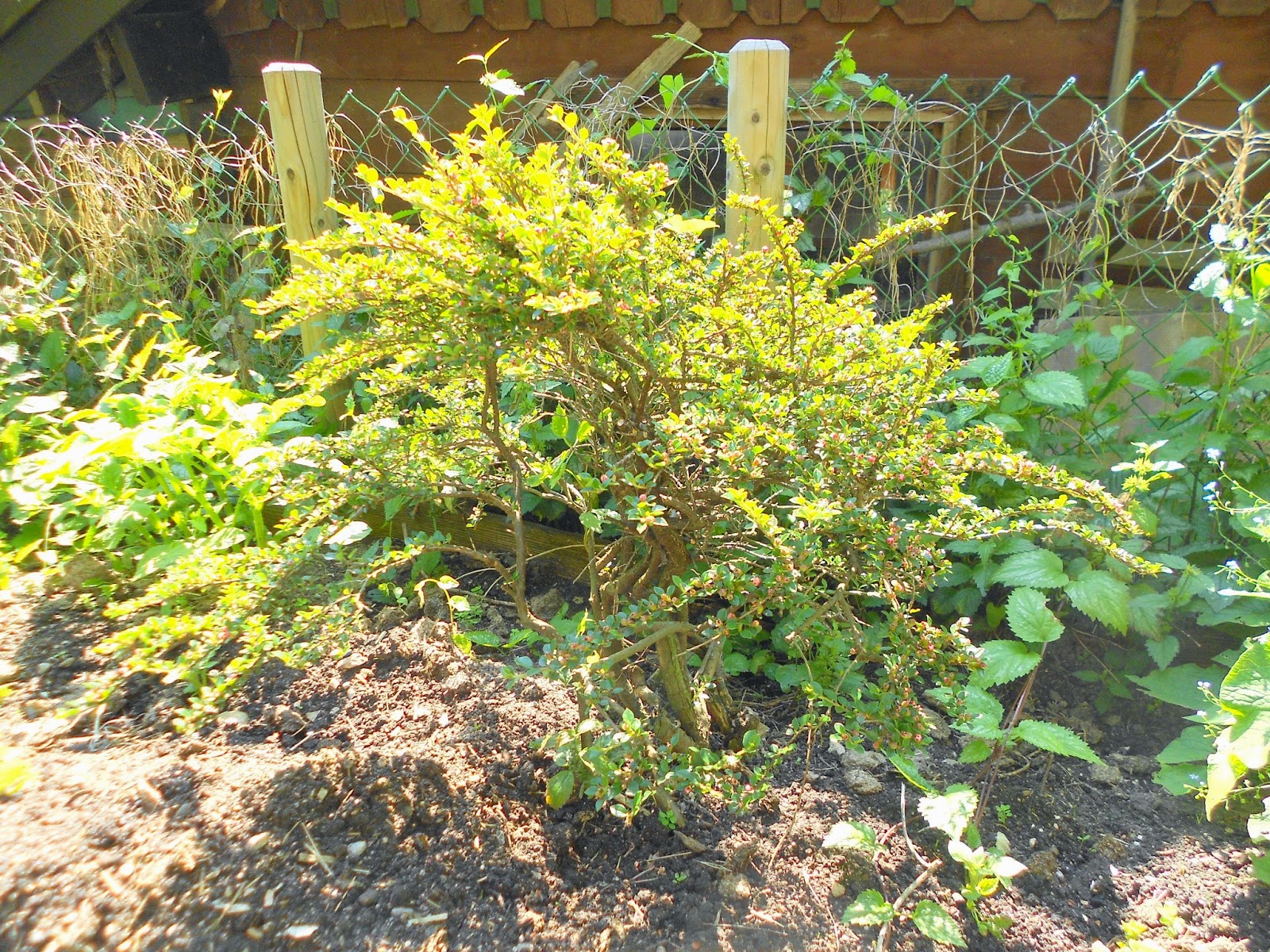